All Departments
Up Mapping

In addition to maintaining the official Assessor's parcel maps, we also have specialized sets of maps that show appraisal neighborhoods and tax districts. 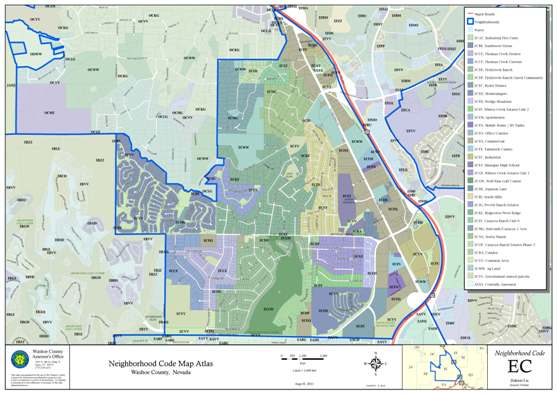 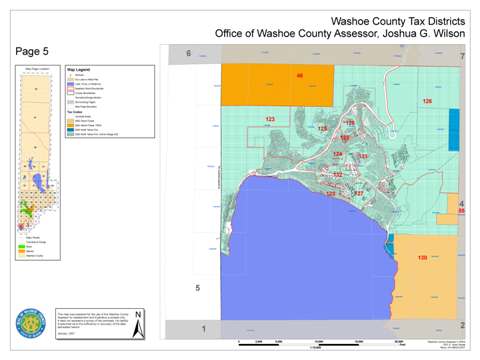 The Washoe County Assessor's Office is mandated by law to follow the guidelines set forth by the Nevada State Department of Taxation.

"Preparation of Maps, plats of city blocks and subdivisions by county Assessor. The County Assessor shall also make a map or plat of the various blocks within any incorporated city and shall mark thereon the various subdivisions, as they are assessed. Each parcel in a subdivision must be further identified by a parcel number in accordance with the parceling system prescribed by the department [of taxation]." (NRS 361.305)

The Assessor's parcel number is the basis for Nevada's assessment mapping system. This assessment mapping system identifies and inventories land and gives assessors the simplest form of property description. Although simple in concept, it is infinitely flexible and, if handled properly, completely expandable even in areas of rapid population growth. It is a specific series of numbers, in lieu of a full legal description, that identifies or represents a parcel for assessment purposes.

In Nevada, the Assessor's parcel number (APN) is an 8-digit identifier that consists of three elements:

The first three digits, in this case 520, represent the Assessor's map book number.

The second three digits, in this case 234, represent the page and block numbers with the first two being the page number and the last digit being the block number.

The final two digits, in this case 22, represent the parcel itself.

When a parcel is subdivided in to more than 4 parcels, the new parcels are usually put on a new page and the last 5 digits change.